I vaguely remember being hit by the phase of adolescence during the age of 15-16.

It was terrible. I was in the ‘The-whole-world-is-against-me’ shit and being an idiot thinking I was l33t.

Anyway, I found the first sketchbook/notebook that I used back in secondary school.

^ Click on the image to get a meaner and bigger image

I used to write down the words that described my thinking everyday, starting with Act 1, so on and so forth.
I would then display them on my MSN display name “Act.1: Isolation” 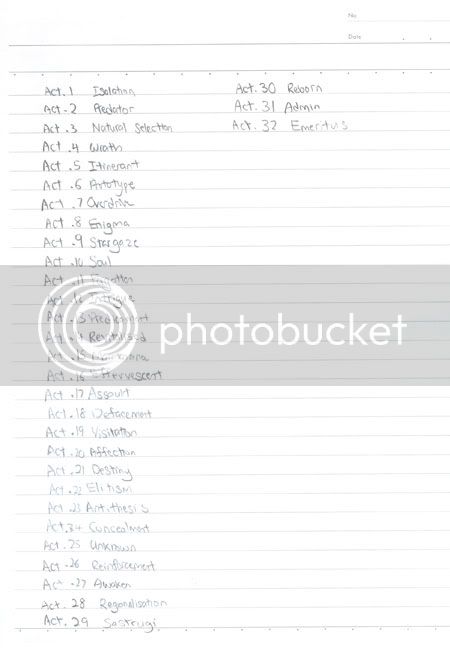 ^ Click on the image to get a meaner and bigger image

Ah. The period of adolescent, nostalgic yet a difficult phase to go through.

Note: This is probably one of the more embarassing post I have written :)

4 thoughts on “That Phase of Adolescence”