The bird swooped in from above, with upmost precision. Landing with such grace and yet swifty. Moving across the table like a ballroom dancer before picking up what seems like leftovers from the previous diners. After savaging from the pile, it then prepared it’s wings for flight..and with a flap, it’s off with it’s journey towards the great unknown.

Many a times, we do want to be like a bird. Besides being able to travel over great distances, we do enjoy that non-confinement.. of which many of us has yet to experience.

I was thinking of this complusory yet seems like hundrum labour I will have to do in about 2 years time. Yes, it’s the what’s known as ‘National Service’ or *coughcheaplabourcough* to some or even ‘2 years of hell’ to others. To me, it seems like a boring thing indeed (for I have not entered NS).
Let’s do some maths here. Every year, there will be 2 batches of males (complusory for males, voluntary for females) entering National Service. Assuming that 10,000 males per batch. 20,000 males per year (Stimulated Figures). That’s like 200,000 fully trained males ready for battle anytime, anyday.
Hey, that’s fucking smart of the government to do that! Force the males to enter, train them as ‘machines-to-counter-war for 2 years’ and then throw them back into society. They will have to relearn whatever they have learnt before they entered NS (if they forget).

Does that suck? It does. What do you learn in NS? Operation of kick-ass guns, surviving on the battlefield, teamwork amongst comrades, erm… Operation of not-so-kick-ass guns..etc. Does it teaches you how to survive in the future, the recession, or even when you lose a job? Yes it does! You join back the army again! Work as one of the officers!

Either way, why does National Service have to be complusory.. and males to enter after secondary school education (after 16 years old) if they did not apply for education at JCs, Poly, ITE etc. The time between 16 to adulthood seems to be the golden years. Where males grow from boys to men (majority). It is also where tertiary education comes in place. 2 years used for National service could have been spent for attaining a degree (take is if you take the Poly pathway).

I do not understand that making it complusory is necessary. Given that Singapore only has people, the government has no ‘other’ choice but to harvest us as resources. The nation owns our body. We are slaves! I am a slave of the country, fighting for the nation and brainwashed since young. I have watched many fight for their freedom. Unknown to choice — nor known to freedom. Have withstood years of pain to get out of here, yet I am still stuck here. So as I wait… Unlimited Slaves Works.
2 years is important. I don’t know man, but that 2 years is really important. How can the country ‘replace’ that 2 years? There’s this ‘Do not ask what the country can do for you, but what you can do for the country’. I abhor that ‘quote’. For what I know. I do not do things for the country. I do it for the community.

I just bought this for about 170USD (269SGD).
It’s for my dad actually, as he needed a MP3 Player and Sony was having a nice promotion where you get a free MDR-Q21LP earphones together with a leather case with the purchase of the Sony NW-E005F 2GB MP3 Player.

^ Click Pictures for larger Image
Overall I like the design. It’s about the same size as a thumbdrive which is really cool. Fingerprint marks could be easily seen due to the material used for the case :/

A couple of stuff in my household has started to reach it’s End Of Life (at the same time!).

and my missing Watch (Probably lost)
This is rather fucked up. :/

I have been playing Chrono Cross the past few days (During my free time of course). It’s a Playstation RPG created by Square Co. Ltd (Now known as Square Enix) with a story that builds upon Chrono Trigger. I have not played Chrono Trigger before.

Chrono Cross is a great game, of which I would give it 10/10. I especially love it’s soundtracks, including Radical Dreamers ~Nusumenai Houseki~ and Reminiscing ~Uneraseable Memory~. I believe it has somewhat been one of the influences in my life (Evangelion is another), given that my email is radicaldreamers….@hotmail.com.

I’ve followed this far in search of
That glimmering light
Clasped in the hands of a child,
Wandering the brink of time.

I have continued searching for you,
Though I know not your name,
Because I wanted to share
This feeling with you.

Time envelops both love and pain,
Until they fade away.
But I still remember them
And always will.

Though I cannot remember when,
A whisper began echoing
Deep within my heart,
Fainter than drops of evening dew.

May this prayer I spin
Weave through the darkness of the frozen stars
And reach the skies above you,
So far away.

I editted this from my Japanese classnotes. Well, it’s actually 80-90% similar. Did this to practice writing.

It’s supposed to be an email introducing yourself to someone, but I took out the email parts. 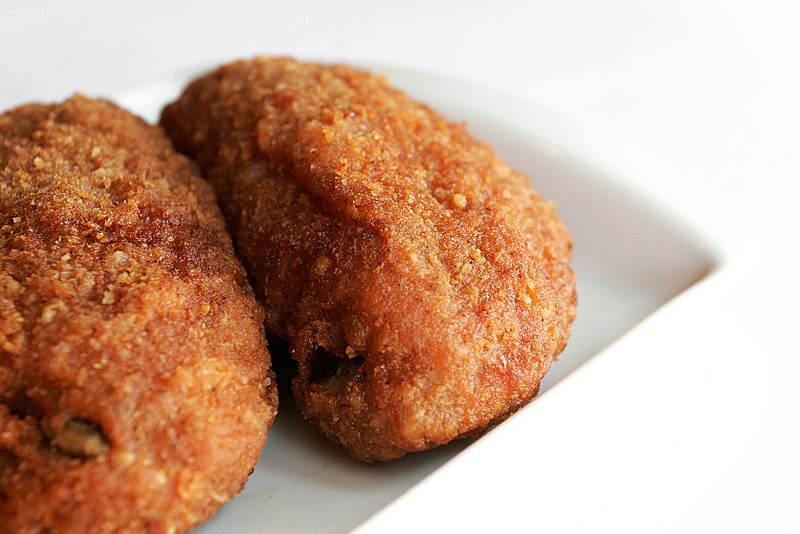 I’m glad that mom was watching Jamie’s School Dinners on TV just earlier on. It caught my attention and I stayed for about 10 minutes (Well spent) watching it. I didn’t know that Chicken nuggets had contained so much salt, sugar and some *unwanted* substances in it, and given if it was the cheaply manufactured ones, they may even add in other chemicals to ‘cover’ the taste. I’m not going to touch chicken nuggets ever.

Chicken Nuggets
A chicken nugget is a piece of chicken, either whole or composed from a paste of finely minced meat or chicken skin, which is then coated in batter or breadcrumbs before being cooked.
Source: Wikipedia

I did a search on Jamie’s School Dinners and got to the site. It’s pretty interactive with a couple of nice links. I also found episodes 1 – 4 on Bittorrent. They can be found here . This means that I don’t have to stay up to 12am just to watch it :)
Jamie’s School Dinners’ about Jamie Oliver who busts a gut persuading schools to ditch the processed, ready-made junk the students are used to eating, and replace it with fresh, tasty, nutritious food, prepared from scratch every day. In other words, scrap Junk food and replace it with healthy, delicious food.
I hope I will learn alot from this TV documentary. I consume too much Junk Food :/